State Bank of India (SBI) has introduced a new feature to protect its customers against ATM frauds. The country’s largest public sector bank will now send a SMS alert to the registered mobile number every time a request is made for balance enquiry or mini statement via ATMs. This new feature will not only inform users about any unauthorised transaction but will also allow them to block their ATM cards immediately.

The new feature was announced by the official Twitter handle of SBI via a post on the microblogging site. “Introducing a new feature for our customers’ safety..Now every time we receive a request for #BalanceEnquiry or #MiniStatement via ATMs, we will alert our customers by sending an SMS so that they can immediately block their #DebitCard if the transaction is not initiated by them,” read SBI’s latest tweet. 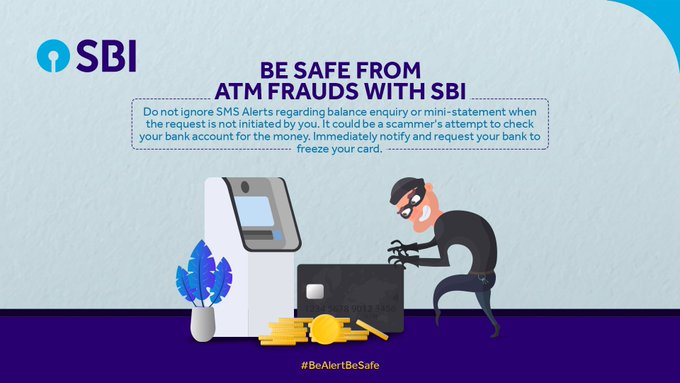 In the tweet, the country’s largest lender has also shared an image where it is asking customers not to ignore SMS alerts regarding balance enquiries or mini-statement, especially when the request is not initiated by the customer himself. “It could be scammer’s attempt to check your bank account for the money. Immediately notify and request your bank to freeze your card,” it further says.